The Good Place Wiki
Register
Don't have an account?
Sign In
Advertisement
in: Episodes, Season 3, The Bearimy Project: Completed

Chapter 27: Everything Is Bonzer! Part 1

Everything Is Bonzer! Part 1

Dean Holland
Chapter 27: Everything Is Bonzer! Part 1 is the premiere of Season 3 of The Good Place.

Michael intervenes in the near-death accidents of Eleanor, Chidi, Tahani and Jason on Earth, in hopes that a second chance at life allows them to become better versions of themselves.

Michael, Gen, and Janet begin their experiment with Michael saving Eleanor, Jason, Chidi, and Tahani from their deaths, hoping that their near-death experiences will push them towards becoming better people. It initially appears to have succeeded, but a year or so later, Michael and Janet are dismayed to find that Eleanor has returned to her old ways, Chidi has again regressed to being extremely indecisive, Tahani is back to being a self-centered celebrity, and Jason has returned to a life of crime.

Michael intervenes by getting Eleanor to meet Chidi in Australia, and he agrees to help Eleanor become a better person because he too had a near-death experience. This led to him meeting Simone, a neurologist, who helped him become more decisive. This stuck until Chidi encouraged his friend Henry to get in shape, only for it go badly wrong when Henry broke his legs and caused Chidi to regress. Michael, as part of his second trip to Earth, appeared as a librarian to encourage Chidi to help the next person who asks for it. In the present, Chidi explains this next person was Eleanor. As Eleanor and Chidi continue their philosophy lessons, Eleanor helps Chidi to ask Simone on a date, and Michael becomes convinced that the best way to get the experiment to succeed would be to get the four main humans together, returning to Earth again.

Meanwhile, Shawn and some other Bad Placers try to hack into the Judge's systems to find out what Michael is up to. Michael's reentry to Earth gives them an in.

Chidi eventually has an epiphany for his thesis topic—a collaborative study with Simone about how near-death experiences affect a person's brain and ethics. He puts up an advertisement for the study. Three weeks later, Tahani arrives in Australia and recounts the events that led her here. After Kamilah took the credit for saving her life, Tahani resolved to rid herself of her worldly possessions and joined a Buddhist monastery. While she genuinely appeared to have been content there, a reporter offered to cover her new life. This led to her publishing an extremely well-regarded self-help book about it and regressing back to being vain and out-of-touch. Frustrated, Michael posed as a sleazy investor, which shocked her enough to participate in Chidi's study.

Later, Michael posed as a talent scout and approached Jason, offering to let him head a dance crew in Australia. Jason declines, recounting his year of failures in amateur hip-hop dance following his near-death experience. He returned to petty crime after the dance crew ran out of studio rent money. Michael advises him to find a new "crew" that would help him become a better person.

With the Judge still none the wiser, the humans are reunited in Australia. However, just as they begin, Chidi introduces the study's fifth participant—who is none other than Trevor, sent on a mission by the Bad Place to sabotage Michael's efforts.

Michael meets the Doorman and explains his and Judge Gen's experiment. The Doorman hands Michael a button to push when he wants to return and lets him through to the portal to Earth.

There Michael prevents all of the fours deaths by intervening in some way. He and Janet watch as the foursome live their lives but learn that they aren't exactly model citizens.

So Michael, despite Janet's protests, comes up with a plan to bring them back together. Michael returns to Earth where he poses as a bartender and convinces Eleanor to find Chidi.

Eleanor explains to Chidi how she's trying to be a better person, and asks him to be her moral guide. He says yes, because of his own near-death experience. He tells her about working with Simone, a neuroscience professor at the university.

Simone has him undergo an MRI, and shows him that his brain is perfectly fine. This leads to him making a flurry of decisions, like deciding to spend less time on his thesis, and more time with Simone.

But a string of unfortunate events, like his coworker breaking both of his legs at the gym, leads him back to his old ways. The only reason he said yes to helping Eleanor is because Michael nudged him in the direction of helping other people besides himself.

Meanwhile, Shawn is trying to figure out how the group is doing on Earth but he can't seem to hack into Judge Gen's system. Eleanor notices that Chidi and Simone like each other but haven't done anything about it. So Eleanor intervenes and helps Chidi ask Simone out. This upsets Michael because Eleanor and Chidi are supposed to be soulmates. He decides to go back to Earth and get Jason and Tahani to Australia.

This actually gives Shawn a backdoor into the Judge's system and Shawn is now able to see how all four humans are doing. 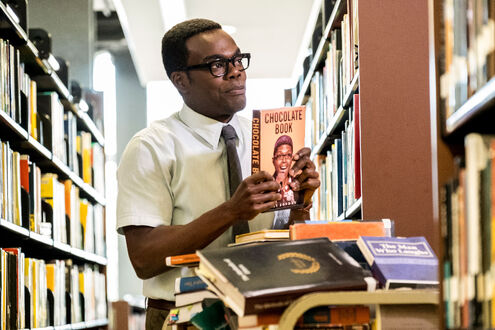 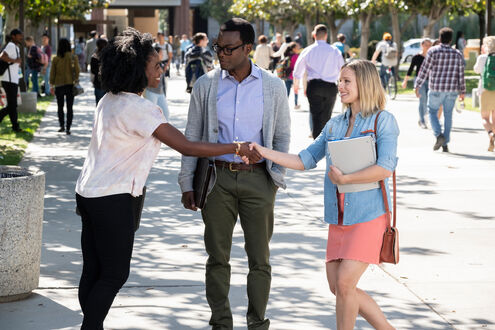 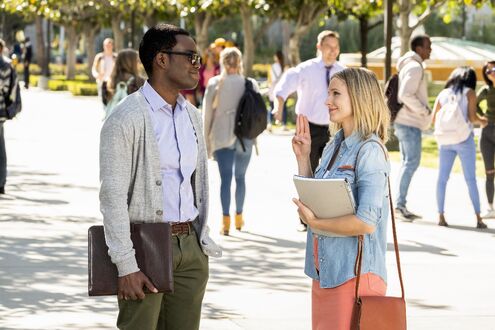