The Good Place Wiki
Register
Don't have an account?
Sign In
Advertisement
in: Episodes, Season 3, The Bearimy Project

Chapter 28: Everything Is Bonzer! Part 2

Everything Is Bonzer! Part 2

Dean Holland
Chapter 28: Everything Is Bonzer! Part 2 is the 2nd episode of Season 3 of The Good Place. It is the second part of the previous episode.

Michael prevents the deaths of Eleanor, Chidi, Tahani and Jason, hoping a second chance at life will allow them to become better people.

Judge Gen authorizes Michael to travel to Earth, where he saves Eleanor's, Chidi's, Jason's, and Tahani's lives, creating a new timeline, but strictly forbids any more interference. Michael and Janet monitor the humans, who reform for six months but eventually revert to their previous lifestyles. Chidi explores his brain health with a neuroscientist, Simone, but gives up decisiveness after his coworker Henry is injured following Chidi's advice to lose weight. Michael returns to Earth to influence the humans to meet one another. He leads Eleanor to seek out Chidi, and primes Chidi to be willing to work with her; Chidi agrees to teach Eleanor about moral philosophy. Michael is concerned when Eleanor encourages Chidi to date Simone, but Janet reassures him that Chidi and Eleanor have connected meaningfully when they were not romantically involved. Shawn leads a Bad Place team that tries to hack into Gen's system; Michael's trips to Earth open a backdoor that Shawn's team exploits.

Chidi and Simone go on a date, and he kisses her after Eleanor protests his indecision. Chidi and Simone conceive a joint-study thesis to examine the effect of near-death experiences on brain function in ethical decision-making. Michael continues returning to Earth illicitly. Tahani finds enlightenment in a monastery, but returns to her fame-chasing ways after writing a bestselling book about the experience; Michael poses as a sleazy businessman who likens himself to Tahani, repulsing her, and she joins the study. Jason devotes himself to dance competitions and forbids his crew-mates from committing crimes, but returns to crime after the crew suffers continual failures; Michael tries to lure Jason to Australia to run a dance crew, only to find that Jason has already been soul-searching and wants to find a deeper meaning in life, and thus is easily convinced to participate in the study. Eleanor, Chidi, Tahani, and Jason meet in Australia, but to Michael's dismay, the Bad Place sends Trevor to participate in the study.

Chidi decides to pursue a new thesis idea about near-death experiences and their impact on decision making. One of his test subjects ends up being Tahani. Eleanor asks how she came to join the study and Tahani tells her about how she ended up in Tabet at a Buddhist monastery after having a near death experience.

She was on a quest for enlightenment. Her quest is short-lived when a documentary crew arrives at the monastery and asks to do a profile on her. This leads to her writing a book, Get Out of the Spotlight.

Michael intervenes on her fame and makes her feel bad about being rich and famous. So when she gets a call from Chidi about the study, she accepts because it will help people.

Michael visits Jason and tries to convince him to come to Australia to create a new dance crew.

Jason says no because his life is really screwed up right now.

He tells him about how he lost a bunch of dance competitions and how dance might not be everything to him anymore. Michael convinces him to head to Australia to participate in Chidi's study.

Michael returns just in time for a visit from Judge Gen. Janet distracts her with a Mark Harmon movie, Stealing Home. Michael is excited because Jason arrived in Australia and now the four of them are all back together. Simone shows the four of them the MRI that they will be using during the study.

Chidi mentions that there is another person joining the study. Michael learns that something bad is coming for the group. Chidi introduces the fifth member of the study: Trevor. 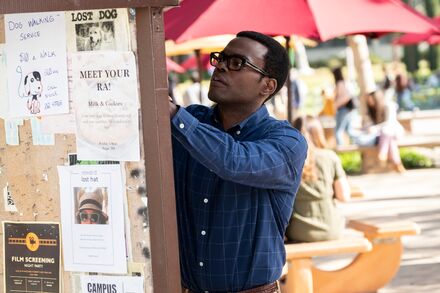 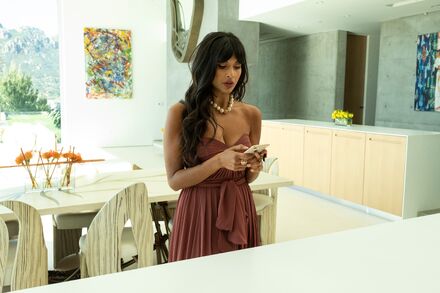 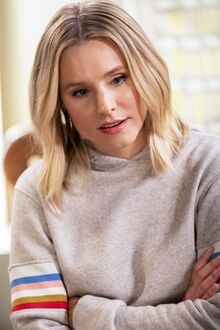 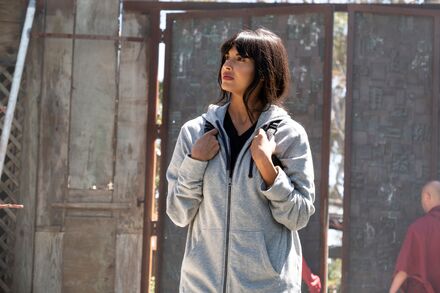 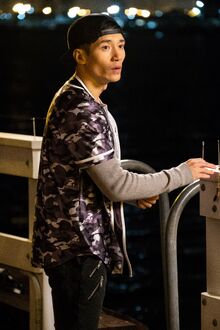 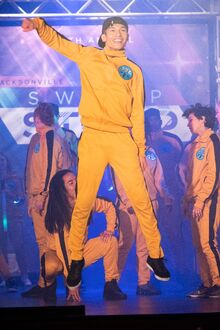