The Good Place Wiki
Register
Don't have an account?
Sign In
Advertisement
in: Episodes, Season 4, The Bearimy Project

Chapter 40: A Girl From Arizona Part 1

A Girl From Arizona Part 1

Drew Goddard
Chapter 40: A Girl From Arizona Part 1 is the premiere of Season 4 of The Good Place. It is part one of two.

With Eleanor assuming the role of the architect, the group adapts to the challenges facing them when four test subjects inhabit a new neighborhood under their supervision.

Eleanor and the gang meet the last two human test subjects: Brent, the CEO of a materials-producing company who is egotistical and selfish, and Linda, a seemingly boring and unassuming old lady. Simone, convinced that the afterlife is just an intense hallucination, wreaks havoc on the neighborhood and the humans have to try to convince her that the afterlife is indeed real; Michael mentions he'd met people like that in his Bad Place days and they usually began to realize the truth of their situations after a few torture sessions. As for John, Tahani is determined not to let the Bad Place win and decides to go out of her way to make peace with him.

Meanwhile, Jason and Derek are in a conflict. Derek reveals that he wants Janet, his "mommy-girlfriend", back and figures running the neighborhood with her is the right way to do it. He taunts Jason, stating that he doesn't have the guts to push the button that will shut him down. Jason immediately pushes it, "killing" Derek while Mindy watches and laughs. Michael tells Jason that he needs to learn better impulse control.

Eleanor and Michael try to get through to Linda, who appears to have very simple tastes and just uses the flying lessons to float a couple feet above the ground. They keep trying to push her to ask for more extravagant things, causing her to snap and start zipping around in the sky and punching people in the face. The humans discover that "Linda" is a really a demon in disguise, Chris specifically. He was sent by Shawn to pose as a human test subject to sabotage the experiment. When the Soul Squad reveal this to Gen, she is not pleased and tells Shawn in no uncertain terms that if he tries to cheat or otherwise sabotage things again, she will personally severely punish him and reboot the experiment. Chris is sent back to the Bad Place and Gen makes Chidi the fourth subject of the experiment. 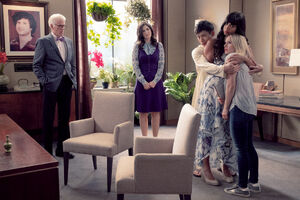 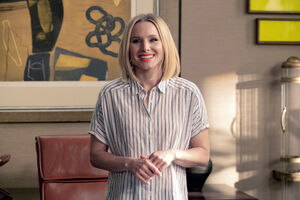 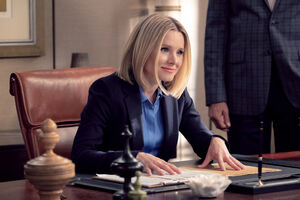