Drew Goddard
Chapter 41: A Girl From Arizona Part 2 is the second part of the premiere episode of Season 4 of The Good Place.

Eleanor, Michael, Janet and Tahani have their hands full when the new residents begin to show their true colors. Jason receives some unsettling news.

Eleanor and Michael try a series of strategies to get through to Brent, including making a chaos sequence about him and telling him there is a 'Best Place'. Janet breaks up with Jason to protect the experiment. Eleanor tells Chidi that he is Simone's soulmate, in order to get him to help her adjust. The gang doubts Eleanor's leadership, but Michael gives her a pep talk. 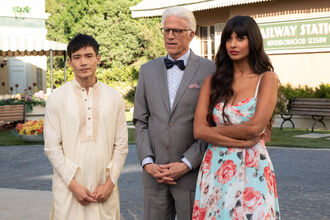 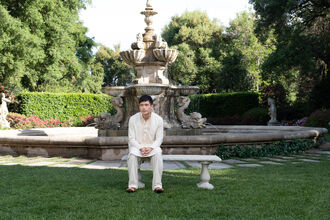 Add a photo to this gallery
Retrieved from "https://thegoodplace.fandom.com/wiki/Chapter_41:_A_Girl_From_Arizona_Part_2?oldid=8144"
Community content is available under CC-BY-SA unless otherwise noted.