D'Arcy Carden is an actress and producer, known for her work as a member of the improv comedy troupe Upright Citizens' Brigade. She plays the role of Janet in The Good Place.

When the series was first announced, it was claimed that she was to play "Janet Della-Denunzio, a violin salesperson with a checkered past". Obviously, this wasn't true though several sites still say she plays Janet Della-Denunzio. 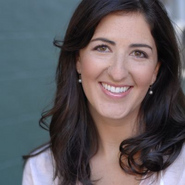 Retrieved from "https://thegoodplace.fandom.com/wiki/D%27Arcy_Carden?oldid=5577"
Community content is available under CC-BY-SA unless otherwise noted.