Michael Schur
Season 3 of the comedy television series The Good Place started airing on NBC on September 27, 2018, and concluded on January 24, 2019.

The first two seasons featured surprise after surprise and twist after twist, including a world-upending Season 1 finale that threw everything up in the air. At the end of Season 2, Michael appeared in front of the Judge, also to argue that the humans may have been judged unfairly, and deserve a second chance. With a snap of her fingers, the Judge sent the humans back to Earth, in a new timeline where they never died. Also seeking redemption, along with Eleanor, are Senegalese philosopher Chidi Anagonye, who is tortured by decision-making; elegant Pakistani-British socialite Tahani Al-Jamil, and dance-obsessed Floridian Jason Mendoza. Michael is aided by Janet, a human-esque repository for all of the knowledge in the universe. However, when Michael and Janet begin interfering with the humans' lives, to make sure they wind up in The Good Place, they're going against the Judge's orders and on borrowed time. When The Bad Place gets involved, Michael and Janet must ask themselves, just how far they'll go to keep the humans out of The Bad Place. 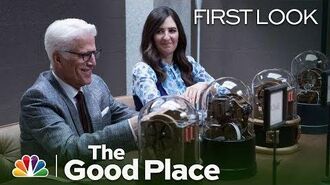 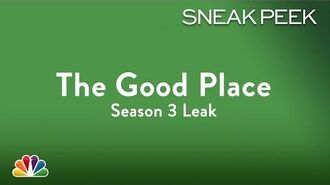